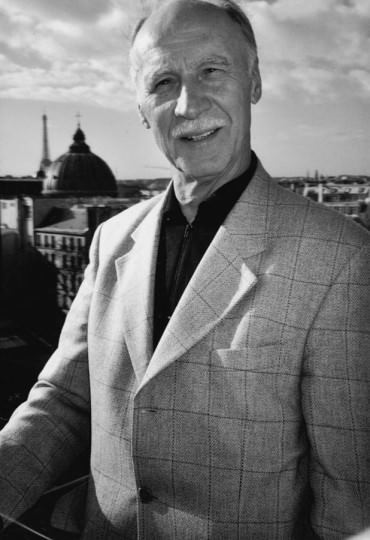 My very first beginnings with the Little Trees date back to 1982 but ut we actually started to develop the product from the 1990s.

Indeed, at the beginning, Sdaa was specialized in the distribution of different car accessories such as light bulbs, floor mats, covers and in particular a very trendy product, which was the door and roof deflector. We were constantly focused on new projects based on consumption patterns but our watchwords have always been quality and well-being. It is on this basis that our paths crossed with Arbre Magique®. The first idea was to improve driving pleasure given the fact that at the time, the ventilation of vehicles was bad. With a technical background, I identified the problem. So I started looking for a solution that could remedy this phenomenon. During my travels across the Atlantic, I could see that the Americans had already been pioneers in the field; they used a specific article for cars, a cellulose product impregnated with perfume. So I started looking for the manufacturer of this Little Tree-shaped air freshener. Our first meeting took place in Chicago. This is where I decided to give it a shot.

With my technical soul, I first had to test this Little Tree, the quality and usefulness of the product being essential. Why buy a product that is useless?! Even at an attractive price, it costs you more to get something that in the end does not fulfill its functions. My tests were conclusive. Le Little Tree was a quality product, both in terms of its material and its fragrance. But also, it seemed nice to me to find the shape of a Little Tree in my vehicle. It's like taking a piece of nature with you. And at the time, the launch of perfumes had a purely natural connotation, such as the perfume called pin royal. From our point of view, this small air freshener brought real well-being to users. I was therefore quickly convinced by the business opportunity of Arbre Magique® on the French market.

First of all, my team and I completely believed in the product and its quality. Then, it was essential to know the taste of potential users. To do this, we have invested in a few thousand Little Trees that we donated to the “Compagnie des taxis parisiens” (Paris taxi company) This operation was accompanied by a questionnaire that the taxi driver sent to his passengers. At the end of this action, we were able to establish the preferences of French consumers. In close collaboration with the manufacturer, we selected a specific range for France. Then we concluded an exclusive cooperation agreement between the manufacturer and Sdaa. The manufacturer has developed a commercial brand for France, Arbre Magique®, accompanied by a customized range and packaging for France. Also, we have focused solely on the marketing of Arbre Magique® in order to establish the range on French territory. Sdaa being listed as a supplier with many distribution networks, we used our position to launch the Little Tree.

A multicultural and timeless approach can very easily be attributed to Arbre Magique® air fresheners thanks to the shape of the Little Tree, which alone evokes freshness and nature. Mr. Sämann, their creator, had a genius idea in giving them this shape. Then one of the key elements of this success was that the manufacturer has always adapted to local demand. He agreed with the tastes and standards of the different markets. And finally, one of the most important elements contributing to this exemplary success is consistency in quality.

Indeed, I had the privilege of meeting him. But I mainly cooperated with his sun, Dr. Ronald Sämann.

No, not a visionary. But he was a gentleman who particularly loved nature. During an interview, he told me that the inspiration for making a tree-shaped air freshener had come to him during his walks in the forest. I think he was a deeply passionate person. But With no doubt, his primary motivation for the origin of the Little Tree was nature. He simply wanted to share the freshness he had at hand.

I think it is very appreciable to find oneself in a pleasant environment, scented to one's taste. The air freshener still has its place with users. And as Arbre Magique® air fresheners live up to their original motto, the future is guaranteed.

The Arbre Magique air fresheners at their best!

At Arbre Magique, we know about management

Julius Sämann and his brainwave