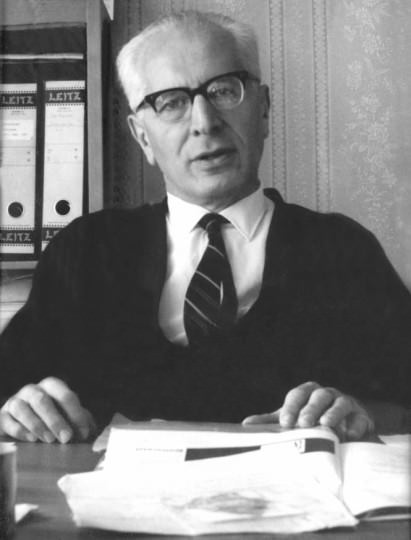 Born in 1911 Julius is a chemist living on the North American continent. Passionate about nature and its various species, he spends a majority of his time in the forests of his region in Canada and strives to extract essential oils from balsam firs, a true gift of nature, dominating the Canadian forest landscape. These majestic conifers, evergreen trees of several meters, were already used by the natives for their medicinal attributes (resin as an antiseptic, needles for their vitamin C, etc.).

Exploiting his scientific knowledge in this exceptional natural universe, the chemist tries a lot of experiments. The objective of his project is to develop a product to bring freshness and well-being to everyone's car. This inspiration comes from a banal adventure. One day, he finds himself in front of a milk delivery man's truck from which emanates a smell of spoiled milk. He wonders how he could solve this phenomenon by bringing in the car a scent of freshness. Its primary idea is therefore to offer car users the opportunity to find a perfume according to their tastes and desires in the interior of their car and thereby, to make car travel more pleasant.

It was in 1952 that Julius managed to combine excellent perfumes with a specific material and to manufacture the first automotive air freshener. Also endowed with commercial skills, he foreshadows mercantile opportunities to his invention. He decides to give a fir shape to his find and sell it. In view of its dazzling success, Julius extended the marketing of the product to the entire American territory and very quickly he organized a marketing in Europe.

Under his various knowledges - scientist, nature lover, businessman - Julius is faithful to the notions of quality and rigor. Like an enthusiast, he remained strongly involved in his business throughout his career by sticking to his motto. He insists on control procedures in order to achieve exemplary perfume quality and longevity. In addition, its products will remain the pioneers in terms of compliance with international regulations and standards.

The success of Julius' invention is far from a coincidence; it is the reconciliation of his all-consuming passion for nature and the perpetual search for quality that has led him to such success. He was able to perpetuate his values by transmitting them to his descendants.  Indeed, his son, like a master, at the head of the family business for a few decades, has been able to extend the fame of the Little Tree to an intercontinental level. And today, with success, it is his grandson who holds the reins of the family torch. To be continued...

The Arbre Magique air fresheners at their best!

At Arbre Magique, we know about management

How did the Little Trees end up in France?