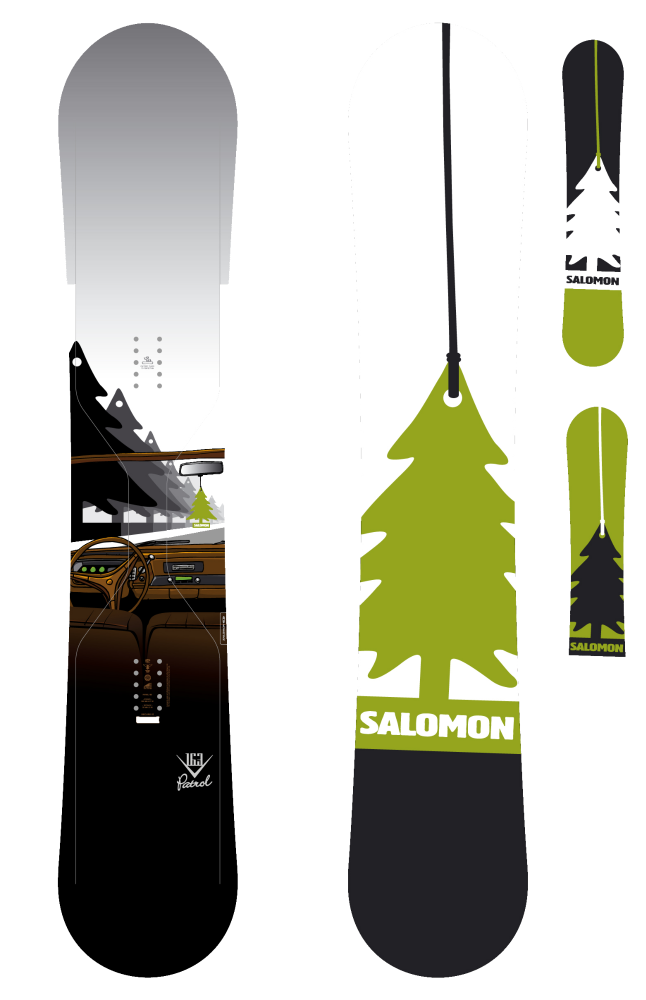 Arbre Magique on the slopes!

The symbol of LITTLE TREES air fresheners was used by one of the sport leaders in its winter 2006-2007 collection. The French brand Salomon has designed the Patrol snowboard on which you can see the king of the forest on graphics of the full range.

The shape of  the LITTLE TREES was placed on the boards in different ways. On one of the models you will see the green Little Tree air freshener hanging on a rearview mirror and by side of the road we distinguish larger firs symbolizing the LITTLE TREES products. On the other models, the Little Tree icon is represented on a large part of the board and you also see the strip to hang the air freshener. This version of the LIttle Tree is available in green, white and black.

On the fair in München (Germany), the snowboard was exposed alongside other products unlike that a Arbre Magique Little Tree with the green apple scent was stuck on the board.

The Little Tree features in an one man show